Breast lifting and prosthesis replacement: about a difficult case 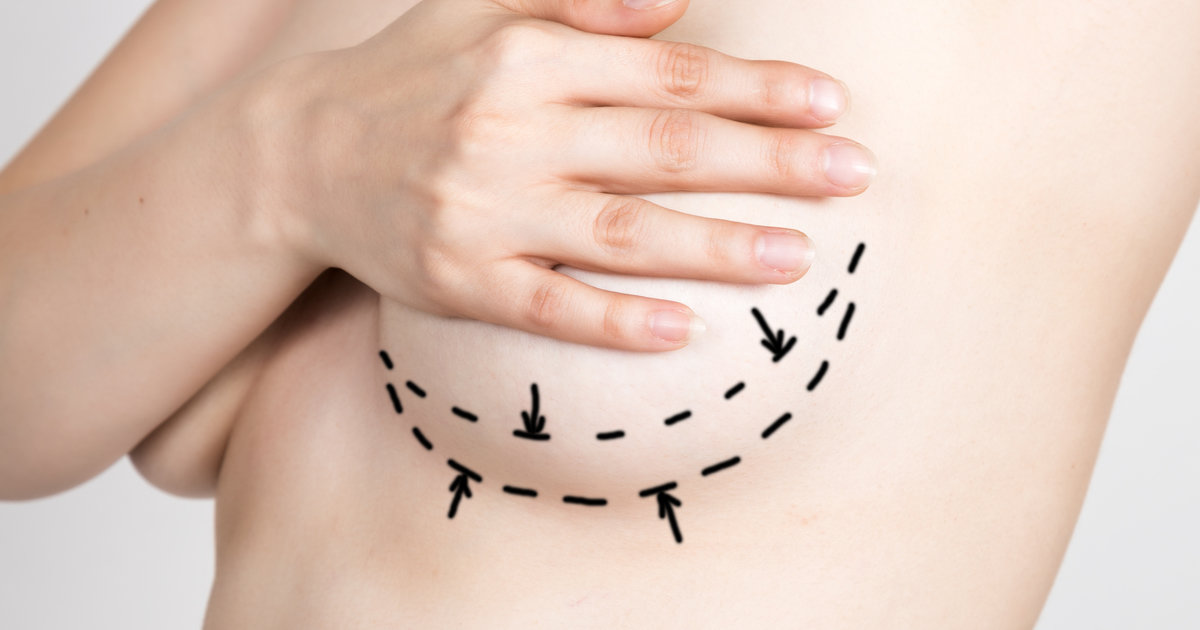 Breast lifting can most often be performed without an implant. Sometimes, when, for example, the breast is empty of its volume and/or the patient wants more, the implantation of prostheses makes it possible to increase it: the prostheses are then positioned by the incision which will allow the breast to be raised. This technique usually keeps a nice, well curved and "high" chest for many years.

The exceptional case of the patient presented below is complex and deserves to be discussed... The technique used to repair the after-effects of her previous interventions is inspired by breast lifting with the placement of prostheses behind the muscle.

She is a 65-year-old patient who had surgery in Paris 12 years earlier for breast augmentation with scars around the areola. The prostheses were round and placed behind the muscle. In the weeks following the procedure, the patient developed an infection that forced the surgeon to remove the prostheses. A few months later, new prostheses were replaced.

For undetermined reasons, a new furrow formed on the left and deformed the breast: the patient currently wants not only to raise her breast and see its volume reduced but also to regain a pretty shape. 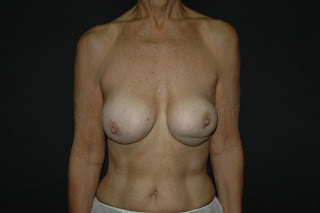 The purpose of the intervention is to raise the areolas, correct the breast deformity and possibly change the prostheses.
On the picture below you can see the drawings that will make the correction. The right breast should be raised higher than the left, while the left breast should be corrected for the lower part of the breast, which is too short and has a deformity with a double groove.... 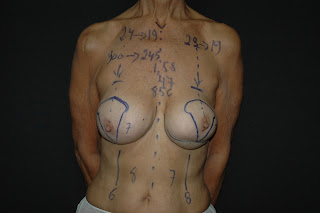 The operation consisted of a breast lift using the unique vertical scar technique (Lejour technique), using the prostheses already in place. The results will be presented in about 6 months.
The difficulty was to replace the prostheses in the right place while reconstructing the fold under the breast (under the breast furrow). The fact of raising the areolas by 4 cm has made it possible to develop a lower pole of sufficient distance to obtain a beautiful lower curve.