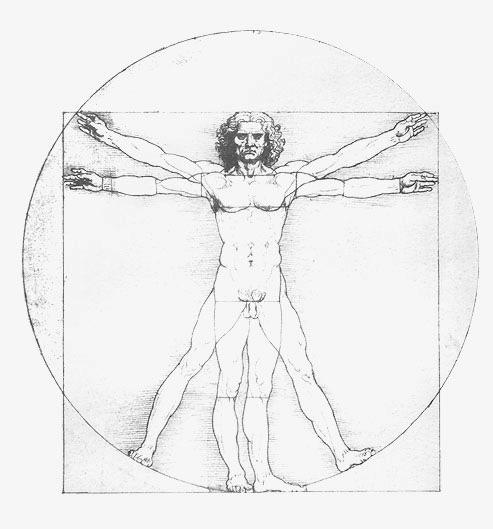 Hyaluronic acid is a natural constituent of the body, and especially of the skin. It contributes to skin's hydration by attracting water. It is a good alternative to collagen, as the risk of allergies is lower.

This aesthetic surgery procedure improves the volume and the shape of the breast. This is achieved by insertion of a breast implant, also called a breast prosthesis, of silicone gel, using a technique chosen depending on the desired result.

Many women have a difference in shape and volume between their breasts. This asymmetry, often congenital, can sometimes be substantial enough that surgical correction may be considered. But this cannot be done until the end of breast development.

Platysmal bands can be compared to muscular cords that stretch on the neck and gave it an ageing look. They are due to a slackening of the platysma muscle of the neck and of the skin covering it.

This term designates aesthetic surgery procedures performed on the lower and/or upper eyelids.

Also called day surgery or one-day clinic, ambulatory surgery is a surgical treatment that allows the patient to leave on the day of his/her procedure. It takes place in an operating theatre, that is, with all the required technical safety conditions. Ambulatory surgery thus does not increase the health risks for the patient in any way.

Compression wrap or support wrap, a compressive garment is always worn after a lipoaspiration (liposuction) to prevent formation of hematomas around the tunnels created by the aspiration cannula. Maintaining the compression for several weeks allows better healing of the fatty tissue.

It is possible for a man to have an overdeveloped mammary gland. A procedure (often a simple lipoaspiration) can be considered after a hormonal assessment, which only very rarely reveals an anomaly.

A haematoma is a discharge of blood into a tissue. Haematomas look like bluish, swollen injuries.

The hymen is a small membrane that partially closes the vaginal orifice and has no physiological purpose. It ruptures during the first sexual relations.

This involves abnormally abundant production of sweat by the hands and armpits.

Hypertrophy designates the excessive development of a body part, an organ or a tissue.

Labioplasty, or nymphoplasty, is an intimate aesthetic surgery procedure to reduce the labia minora.

Also called liposuction or liposculpture, lipoaspiration is an aesthetic surgery procedure aiming to remodel the figure by aspiration of the fatty deposits often located on the abdomen, hips, thighs, knees, arms, neck, etc. Once aspirated, the stored fat disappears permanently.

Also often called lipofilling, lipostructure is a transplantation of fat often applied to the face to fill in depressions.

With this technique, the aesthetic surgeon infiltrates vitamin cocktails or products like hyaluronic acid into the skin.

The labia minora of the vulvae are also called the nymphae.

Nymphoplasty, also called labioplasty, is an aesthetic correction, often by reduction, of the labia minora.

An oedema is a swelling filled with water (serous liquid).

The lines called crow's feet are located in the area of the face beside the eye. They very often lead to expression lines, especially when smiling.

Also called marionette lines, melomental lines are located between the corner of the mouth and the side of the chin. They become pronounced with age.

Located just under the lower lip, the labiomental fold is often emphasised by a line. It forms an unsightly hollow, especially under the influence of ageing.

Located just under the eyes and to the side of them, the cheekbone area has a volume that decreases with age. Full cheekbones give a younger look.

This designates sagging of the features of an area of the body, eyebrows, eyelids, lower face, breasts, etc., due in particular to ageing.

A breast prosthesis is called anatomic when it is not rounded but pear-shaped, closer to the natural shape of the breast.

This plastic surgery procedure reduces the volume of the breast and improves its shape and contour.

The axillary region or pit is located in the hollow of the armpit.
It is in front of the scapula, between the thoracic wall and the arm.

The areola is the circular pigmented area of skin on the breast. The periareolar region is thus the area around the perimeter of the areola.

This area near the outer and upper part of the femur is better known as the "saddlebags".

These lines are created by facial expressions. They are located especially on the upper face, and become pronounced with age.

These vertical lines located between the eyebrows are expression lines, and are undoubtedly among the first lines to appear.

Structural lines are due to ageing and are aggravated by factors such as repeated sun exposure, smoking, etc. These lines are also located on the eyelids, cheeks, lips, neck, décolleté and hands.

These are the vertical expression lines around the mouth, often even more pronounced in smokers.

Commonly called the "abdominals" or "abs", the abdominal girdle supports the entire weight of the upper body.

This is the line that starts from the nasal root and runs to the side of the lower eyelid. This infraorbital furrow gives a sunken and therefore ageing look to the face.

This designates the line between the outer extremity of the nostril and the corner of the mouth. This nasolabial fold becomes pronounced with age.

Botulinum toxin, commonly called Botox®, is a natural protein that induces weakness in the muscles injected without affecting their normal functioning. A small bruise, rapidly resorbed, may appear at the injection sites.

The vulvae are all the external female genital organs.

Platelet-rich plasma (PRP abbreviation), or rich plasma growth factors (PRGF abbreviation) is enriched blood plasma platelets by centrifugation. The PRP is a concentrated source of autologous platelets. It contains and releases various growth factors and cytokines able of stimulating the regeneration of some tissues. It is thus used in many indications in aesthetic medicine and surgery.